done on a professional scale:

https://www.brooklyntaverntheater.com/impossible-but-true.html
[Look for further info on its Off-Broadway run in November at the Soho Playhouse]

IMPOSSIBLE BUT TRUE, with a book, music, and lyrics by Dan Furman, with additional lyrics by Mary-Liz McNamara is an adaptation of the legend of Rip Van Winkle by Washington Irving  –  but in this one, Rip disappears for 20 years due to PTSD from serving in the Revolutionary War. The character of Rip’s hot-tempered wife, Rebecca, is expanded and we learn about how she helped lead a battle against the British.

Brooklyn Tavern Theater brings this revival to The Old Stone House. Located at the edge of Park Slope and Gowanus, this great tavern is a reconstruction of the original house which overlooked the Battle of Brooklyn in 1776. It is now listed on the National Register of Historic Places and provides educational programming and support for students, artists, and family events every year.  As part of the show, the most popular drink in the late 1700s, Flip, will be served up to attendees during intermission.

“Impossible But True” has an important message for our times. When the pandemic hit in 2020, many of us found ourselves temporarily trapped in our homes and apartments, contemplating the world outside our windows – and we didn’t always like what we saw.  One must imagine what people saw from out of their windows in 1776. The message – then and now – is when we try to change the world, the impossible can become true.

What happens when you go to a Brooklyn Tavern Theater show?
You’ll probably be enjoying the food and drink provided by the establishment as you watch the show take place all around you.  The taverns and unconventional theatrical spaces that Brooklyn Tavern Theater works in are small enough that the entire audience can feel included in the vast world of legend and characters. Maybe you’ll assist with a prop or join a dance? 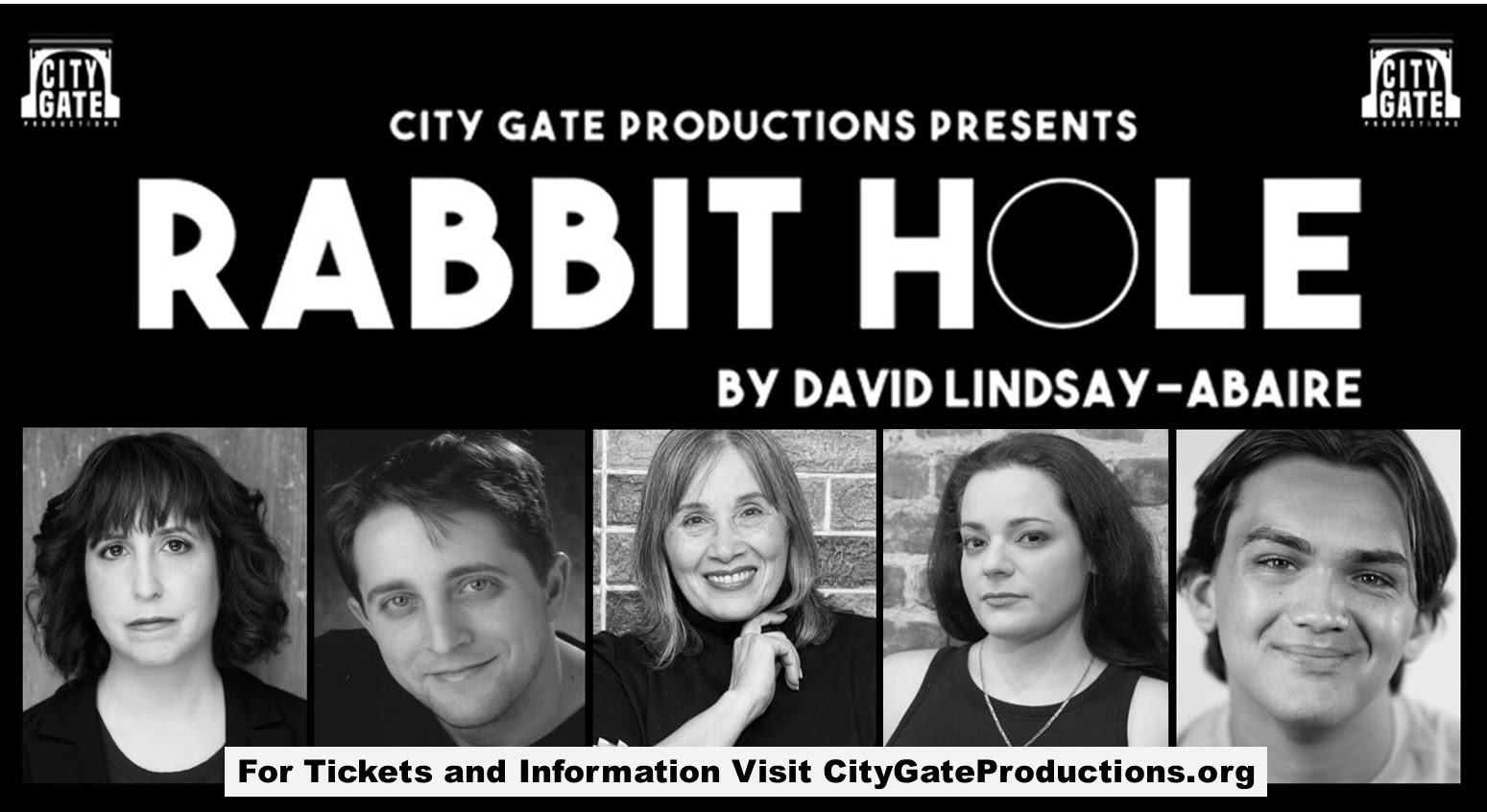 This 2007 recipient of the Pulitzer Prize for Drama, premiered on Broadway in 2006. Cynthia Nixon won the 2006 Tony Award for Best Performance by a Leading Actress in a Play for her performance as Becca in the New York production, and the play was nominated for several other Tony awards.

Becca and Howie Corbett have everything a family could want, until a life-shattering accident turns their world upside down and leaves the couple drifting perilously apart. RABBIT HOLE charts their bittersweet search for comfort in the darkest of places and for a path that will lead them back into the light of day.

The City Gate cast includes Lauren Snyder as Becca; Rich Feldman as Howie; Amanda Montoni as Izzy; Kim Guarino as Nat; and Jonathan Mora as Jason. It is directed by Virginia Harmon and produced by Regina Fischedick, Tim Reifshneider and Thom Harmon. 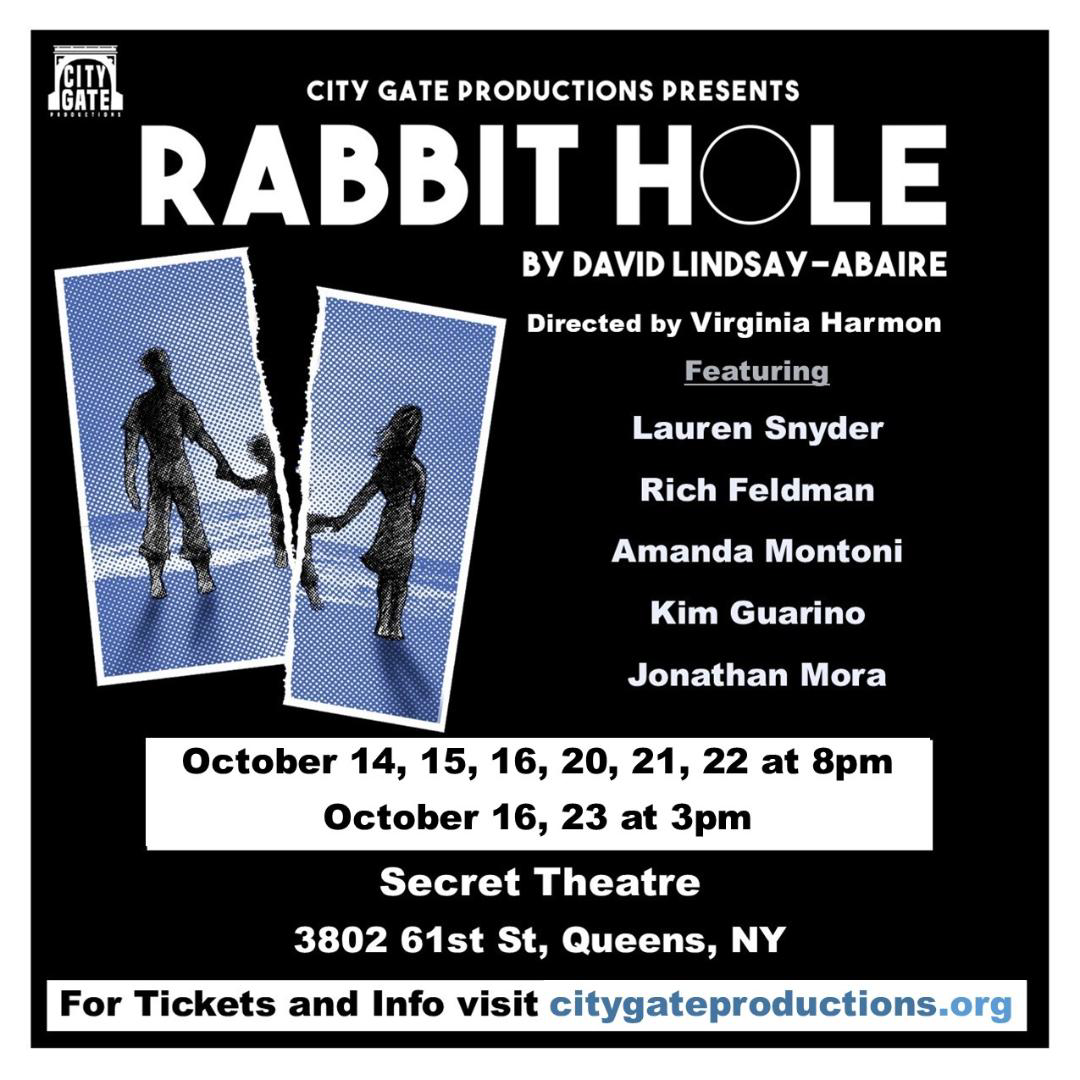