Shakespeare Sports, a company dedicated to presenting the works of William Shakespeare in styles similar to the performance styles of his time, in association with Jay Michaels will present Hamlet as an online reading in preparation of their production scheduled for The Clemente in NYC’s Lower East Side when the curtains rise again.

The reading – a preview of Shakespeare Sports first contract production – scheduled for 2021 – will be Sunday, June 14, at 5:00 pm. Zoom meeting ID 351 770 4424. Contact carrie.edel@gmail.com for further information

While negotiations are underway for the when the production will actually appear live in NYC, I spoke with the cast of the production directed by noted Shakespearean scholar Michael Hagins and and produced by Shakespeare Sports  founding artistic director, Carrie Edel Isaacman about the play and what it means to be a player.

Shakespeare wrote, in Hamlet, that actors are the “abstract and brief Chronicle of the time.” Do you feel he’s right? In other words, is it our responsibility to document the current state of affairs around the world? AND Hamlet is possibly the most “visible” of The Bard’s works … why?

WE BEGIN WITH MATT TIEMSTRA TACKLING THE DANE HIMSELF, HAMLET:

“I think he was, not only writing about actors, but all “players,” including musicians, writers, directors, and entire company. As companies of “players” our literal job is to, together, create something that moves people in some way, shape, or form, be it to make them laugh, cry, … or think. And when people see that something is wrong, or something doesn’t make sense of the world around us we seek that truth in art. Art takes hidden facts, unintelligible press releases, wild ideas, or even boring history books and puts humanity back in it. Our responsibility is to find the human truth in whatever material we work with.

Like Romeo and Juliet, Julius Caesar, or Macbeth, Hamlet is a perfect marriage of character drama, thrilling plot, and theme. Many of Shakespeare’s plays (even some of his greats) struggle to maintain a solid theme. But Hamlet doesn’t. Hamlet is about death. I think that’s why it appeals so intensely to people. Elsinore is a sinking ship, and every person within said ship is struggling to find meaning before the state collapses. Hamlet is the point-of-view character, but every single person in the ensemble struggles in their own way against their own mortality. Ophelia faces her lover losing his mind, Claudius fights regret for his dark deeds, Gertrude struggles with her own self-hatred, and Polonius attempts to make sense of the whole affair. There are iconic scenes and speeches, but at the end of the day, it’s the fact that the play is so steeped in death that makes it so enthralling to watch. What someone does in the face of their own doom tells you more about them than any other action, and we get that in spades with Hamlet.”

LOOK TO THE QUEEN THERE…

“I believe that the arts are inherently political and are always commenting on the world around us.  And that it’s not the responsibility of the arts to show us what to think but instead to show us different voices and perspectives.

“Hamlet” has always been my favorite of Shakespeare’s plays because the writing is so exquisite.  He wrote it after he lost his son and it feels like the most personal and emotional of his plays.  It’s also the most universal as Hamlet spends the play questioning his existence (as well as all those around him) as he’s trying to get at it means to be alive and to have a life that we have to take responsibility for.” 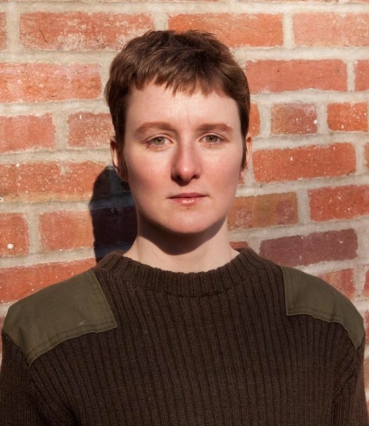 CHARLIE ALEMAN JOINED THE CONVERSATION. CHARLIE IS HORATIO IN THIS PRODUCTION, BUT HIS KINGLY WORDS ARE ONES FOR ALL ARTISTS TO HEED.

“I do believe it is the responsibility of artists to document the world, and I have no doubt many great works will come out of this turbulent time. I feel as though everyone who makes a sign, or writes a Facebook post,or takes a video, or chants with a protest group is an artist in their own right. The accessibility of mass media doesn’t lessen the impact of individual testimony and words. The idea that there are so many narratives and testimonies to read in the world creates an environment where you can seek the truth, and fights against narratives pushed by mainstream media. Every person who creates a tv show, or operates a news station, or makes a movie has something they are trying to tell you, whether you are entirely aware of it or not. And the ability to easily seek other sources of news broadens our horizons and begins to break the narrative of the wealthy elite in charge of large media. Each individual testimony is a part of a larger picture that contrasts mainstream media, and fights against the lies and money driven narrative those in charge of media want to present. Art is about rebellion.Hamlet, in that regard, can be done in a light that exemplifies the idea that we are hearing so commonly echoed across the world, “Without Justice, there can be no peace.” The idea of ‘Something rotten in Denmark’ pushed the idea that even had the ghost not appeared, the injustice of the issue would not have passed and sat idly by. Denmark, under the weight of Claudius lies and murders, would have suffered. And it is Hamlet’s struggle of response that we are all faced with today. Should we let things pass in order to maintain the status quo? Or should we fight against both ourselves and the complicity of others to obtain a world where the truth is laid bare, and injustice dealt with. For that world, for that peace, what is the price one is willing to pay? This is the problem we are all facing daily. These are the sacrifices people make every time they go out and march against injustice.”

AARON DAVID KAPNER MAY PLAY A PAIR OF SYCOPHANTS (GUILDENSTERN AND OSRIC) BUT HIS THOUGHTS ARE TRULY HIS OWN.

“I do agree that actors are the “abstract and brief Chronicle of the time.” I think actors are uniquely qualified to communicate to others about events and affairs around the world. Not only are we trained to be clear communicators physically, but I think that, as actors, we’re more open to empathizing and understanding the views of people involved in different stories.  Using that empathy (or at least understanding) we can then be specific in communicating and portraying the different “current events and affairs around the world.”

Note that I’m not talking about individually AGREEING with one viewpoint or another…I’m talking specifically about conveying what is happening throughout the world using our bodies and voices to tell the stories..

I think Hamlet speaks to the underdog in all of us. Everybody, no matter who they are or whatever background they come from, have times where they feel like the world (or family/society/their workplace/ etc etc) is out to get them, or that they’re tasked with something enormous that just seems impossible.  It might not be avenging your murdered father by taking on your monarch uncle after speaking to your father’s ghost….but it could be some modern equivalent, or at least feel like it. ”

The Players will arrive in person when all the laws of the land allow but until then, this weekend, sit back and “read” with us.