What’s a show by Anthony J. Piccione doing here? Piccione, as you may know, is the lead writer at OuterStage, another 5Star Journal. But Showtones are about “the next generation.” Piccione certainly fits that. His upcoming production does as well. The Theatre does. His cast does.

This coming February, The Tank – one of the leading curators of independent theatre in New York City – will present the world premiere of Piccione’s new play, Unaffordably Unhealthy, a one-act drama inspired by true stories about the cost of staying alive in America, and an exploration of the pain and tragedies caused each year by the American health insurance industry.

Unaffordably Unhealthy is an exploration of how to stay alive in America. Through the eyes of twelve different people with different backgrounds and ailments across the United States, the common theme – how hard it is to obtain and afford proper health insurance and the obstacles they encounter to treat their varied injuries and illnesses – is addressed.

Performances are scheduled for February 25 & 26; March 3 & 4 at 7pm; and February 29 and March 7 at 3pm. Tickets cost $20, and can be purchased by visiting www.thetanknyc.org. A portion of proceeds will be donated to Healthcare-NOW!, an organization dedicated to fighting for a national Medicare for All program that will ensure universal health care for every single American citizen.

The production will be directed by Nathan Cusson, who recently received critical praise for his performance in Piccione’s full-length drama A Therapy Session with Myself, currently running at the Kraine Theater. Casting announcements will be made in the coming weeks.

Piccione’s full-length drama A Therapy Session with Myself premiered last year in January 2019 at the Hudson Guild Theatre before transferring in May to the Kraine Theater for an extended year-long run. Additionally, his eclectic canon of one-acts has previously been presented in NYC at the NYWinterfest, Planet Connections Theatre Festivity, Midtown International Theatre Festival, and Manhattan Repertory Theatre, as well as at regional venues such as Playhouse on Park, Hole in the Wall Theatre, the Windsor Art Center, and Windham Theatre Guild, and his work as a playwright has been published at Smith Scripts, Heuer Publishing & Off the Wall Plays. His short drama What I Left Behind was named the NYWinterfest’s Best Short Play of 2018, and he was also nominated for Planet Connections Theatre Festivity’s Outstanding Playwright award for his avant-garde one-act 4 $tages. He received his BA in Theatre from Eastern Connecticut State University in 2016 and is a proud member of the Dramatists Guild of America. For more information, please visit www.anthonyjpiccione.com.

A HEALTHY DOSE OF SHOW

Several philanthropies cite that people – of all ages – are forced, sometimes, to decide whether they should buy food or medicine. Homeopathic and herbal methods of care are scoffed and even banned from medical institutions and doctors – wanting to keep their patients just “well enough” even offer false information to patients.

Cathy Cavender  had a long career as a magazine editor until that industry took a hit. At that point, she turned to her dormant passion to sing and act. “I started out thinking I wanted to be in musicals (and I do) but I learned that I enjoy straight acting just as much,” says Cathy, now a player in Piccione’s expose. Even though her husband’s insurance is good, her experience in the waning magazine industry always keeps her questioning: “there’s still a lot of anxiety and uncertainty around healthy costs. What if the job goes away? How much would it cost to pay for insurance on our own? And even with insurance, going to the doctor feels like checkbook roulette. How much, if any, of the cost will insurance reimburse? Who knows?” she said ominously.

“Even when you go in thinking you know the score, as I did recently when I had a small surgical procedure and the surgery center told me up front my share of the cost was $250, there were still unexpected bills from the anesthesiologist and someone else. It’s all very uncertain,” she concluded. But before she left I asked ‘who should see this show?” She turned and looked me in the eye with “Presidents of insurance companies!” 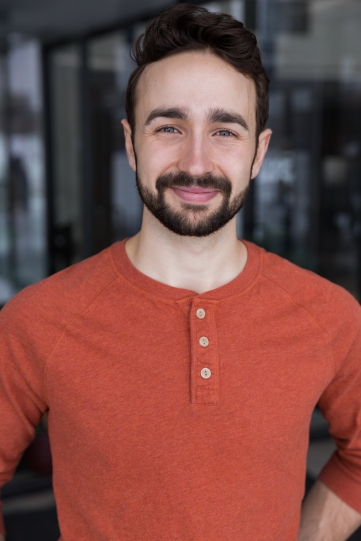 Carson Frost is a fresh face here in New York who loves current and poignant art! Passionate about physical theatre, he respects artists that take the happenings of our current world and flip and contort them into art that conveys the extremely personal and unique lens through which they exist. “I think that is why art that comes from disenfranchised and marginalized groups of people is so incredibly important to see right now,” he said, quite sagely.

He contributed an insurance horror story:

The room fell silent at that story.

“The death of millions of Americans, because of the healthcare system is an epidemic. It is the largest culprit of disenfranchisement in this country and can only be dismantled if everyone, including artists step up and speak out,” he said with finality.

“Who should see this show, Carson?” I asked.

“The CEOs of big pharma and their political puppets.” 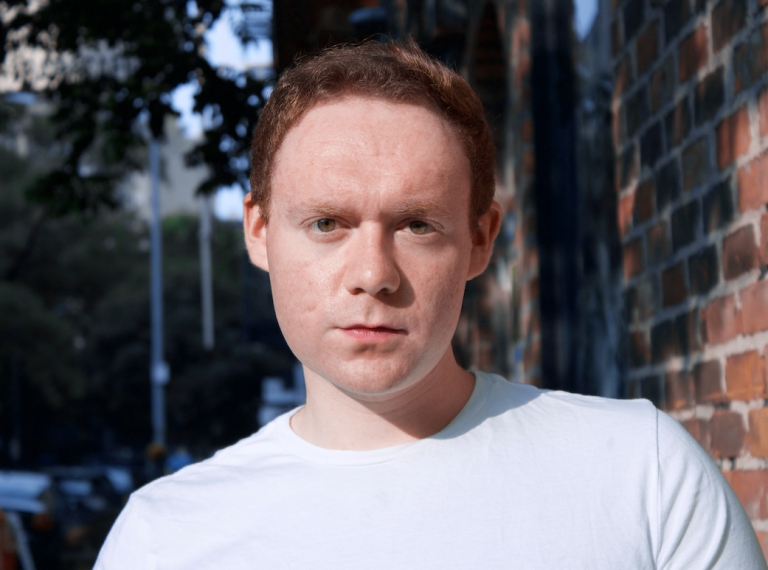 “I like to believe that I am a sort of spontaneous excitable jittery rabble-rouser  who’s able to drop myself into a quieter, more reserved position of stability on the drop of a dime. Is that the saying? I’m never quite sure,” says Mason Mickley.

A veteran of the American classics (O’Neill, Miller, Austen), a new piece seemed a bit out of his wheelhouse but that “rabble-rouser” in him wanted to tackle a piece about insurance. “I feel that the concept of healthcare, both individual and universal, has never really been touched upon before. At least not with a lens on it and with the surge of political theater that’s been popping up left and right, it feels like this is the perfect time to bring awareness to the stories of the many who find themselves in the crosshairs of their concerns and constraints with both the healthcare industry and insurance companies every single day.” he nodded gravely, hearing Carson’s tale of insurance. he then chimed in.

“A few years ago, a friend of mine back in Ohio had to go to the hospital because of a medication she was on that was mixing with her birth control and constantly sending her into spouts of sleepwalking, paralysis and the very occasional midday migraine. I got a call from her late in the night to pick her up, which thankfully the hospital was less than a ten minute drive from campus and once there, it was ultimately nothing more than a checkup on here end where her vitals were tested and she was changed medications. All in all, she was in the hospital for around three hours but was still charged well over a thousand dollars for the visit. Thankfully her health insurance covered a sizable portion, but given the simplicity of her visit, it was still shocking to see something so pricey for something so small.” this one had a happy ending but how many others are hit with a thousand dollars and no insurance or poor coverage.

Didn’t even have to ask him the big question. he jumped right in.

“I believe representatives of the medical, insurance and pharmaceutical industries from all across the board, from college-level interns to the bank rolling CEOs should sit themselves down and see who they are writing off every single day. To them, the names are just that, typed letters conjoined on a piece of paper; but those names belong to real human beings who are suffering and deserve to be known, seen and heard and have their stories told and legends laid bare on the stage.”

Ye hear that hospital big-wigs? Show up. Don’t worry about the cost of the ticket. We’ll bill you later.